Co-operation has been a corner stone of farming industry going back centuries, first through the spirit of ‘meithel’, that ancient Irish philosophy of neighbours supporting each other at all key stages of the farming cycle – planting, harvesting, etc.

When Horace Plunkett started the Co-Op movement in Ireland in the late 19th century, a formal structure to this ethos began to emerge as farmers worked together for their greater good.

In 1913, that structure began to emerge here when Nenagh Co-Op Creamery was established.  Not alone did it foster the spirit of farmer-supporting-farmer but, through the years, it evolved as the Co-Op got bigger through local creamery mergers. 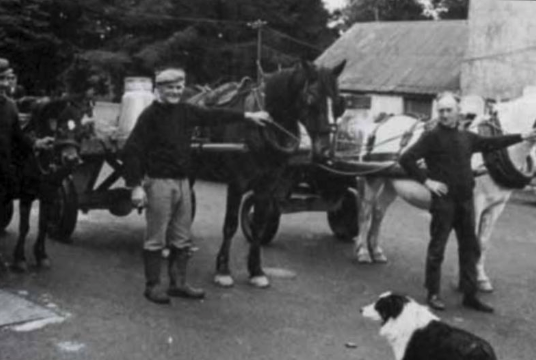 Fast forward to 2001 and the biggest union in the evolution of our co-op took place when Nenagh Co-Op and Mid West Co-Op formalised a long standing relationship and Arrabawn Co-Op was born.

Built on the solid foundations of two strong co-operatives, Arrabawn has continued to grow its business across its three operating divisions – dairy, food ingredients and agri-business.

The first step following the merger was to develop a new liquid milk plant in Kilconnell, Co. Galway where the liquid plants that operated prior to the merger were consolidated into a new purpose-built state of the art facility. It also acquired Dawn Daries in Galway, a liquid milk business which has been incorporated into the Kilconnell Plant.

It then acquired the Greenvale Animal Feed Business in 2006, which has been incorporated into its existing operation in Dan O’Connor Feeds in Limerick.

In its Dairy Ingredients plant at Nenagh, Arrabawn produces Butter, Acid Casein, Whey Powder, WPC, Whey Permeate, various Caseinates and Skim Milk Powder to a variety of customer specifications.  It is proud to work closely with many of the top international food companies – our ingredients today in final products distributed across 150 plus countries – as a chosen provider of top quality dairy ingredients and prides itself on its flexibility to adapt to customer requirements.