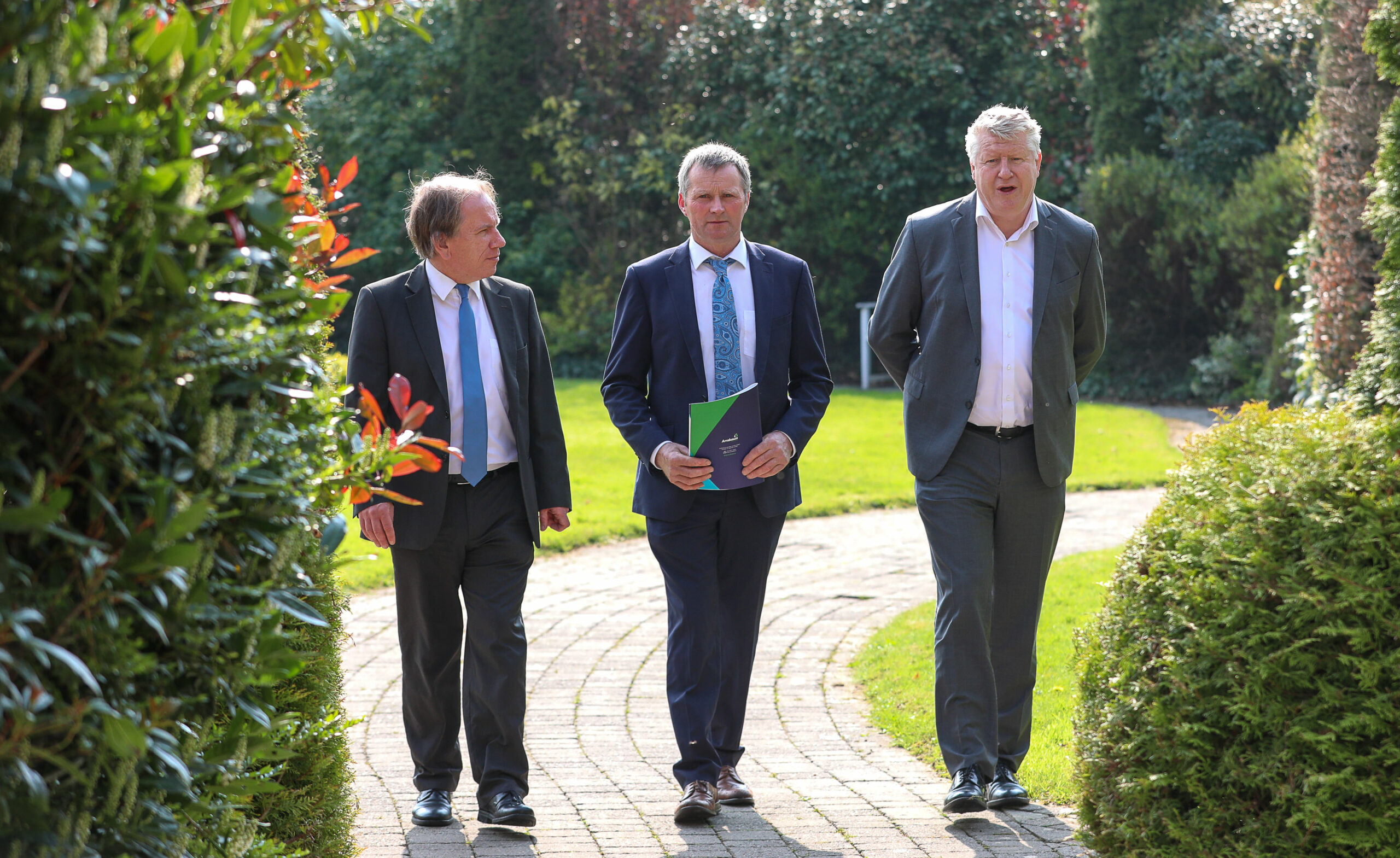 Arrabawn’s 2021 performance has validated its investment programme over recent years, with the co-op achieving record revenues through a 20% increase in turnover on 2020, its annual report reveals.
The annual report was outlined at the company’s AGM today in Nenagh – the first ‘in-person’ Arrabawn AGM since 2019 due to the pandemic. The co-op is one of Ireland’s best known dairy processers, with approximately 1,000 suppliers. Last year it processed circa 500million litres of milk, up 11% from 2020.
After achieving peak revenues in 2020 despite a hugely challenging year, all key metrics improved again last year, the AGM heard. Turnover reached €340m (up 20%), while gross profit was up by 23% to €77m. Earnings before interest taxes depreciation and amortization (EBITDA) were up €2.2m to €12.5m, while operating profits before exceptional items were at €4.1m, a €1.4m increase on 2020.
The strong performance last year also saw net debt at Arrabawn reduced by €8.8m to €33.6m.  The competitiveness of the business, which has been underpinned by a €61m investment over the past five years, was also reflected in an increased milk price paid to suppliers across the year to 40.07c/lt., up 5.70 c/lt on 2020 prices.
The overall performance was significantly underpinned by growth at the co-op’s ingredients operations at Nenagh, with the facility completing its first full year of processing following a major investment programme in its casein and effluent plant. This resulted in a €66.8m increase in turnover.
Agri-trading also saw a strong year, with customer spend up across hardware, agri and household sales. Feed and fertiliser sales saw increases and the year also saw continued investment at a number of stores.  The Irish liquid milk market continues to be difficult and this was reflected in a challenging year for the dairies division.
Said CEO Conor Ryan: “Last year was a strong year for Arrabawn and very much validated our €30m investment programme at our Nenagh headquarters. This delivered significant additional capacity for us, with room to handle further growth in volumes in the years ahead. This has been a very prudent and timely investment that has future proofed the business and our suppliers’ activities.
“To have recorded the highest ever turnover in the history of the co-op and the highest ever EBITDA figure underlines the success of our investment strategy over the past three years or so and, critically also, has brought about a significant reduction in our debt levels and further strengthens our balance sheet.”
The CEO said that the investment in processing and effluent treatment facilities completed, the final phase in the programme will be the development a new entrance at the site, which will commence later this year, along with the upgrade of the milk intake and milk reception area. The development of new markets and customers was very encouraging, he said, and continued product development remains a key priority for this area of the business.
Arrabawn Chairman Edward Carr said that while the pandemic continued to be a topic of concern during 2021, the co-op managed the impact very well.  Milk processing and Agri trading, he said, were able to continue with reasonable normality.  “Dairy markets continued to strengthen as the year progressed and the society ended 2020 paying an average milk price of 40.07 cent per litre.  This was very welcome at farm level as production costs were on the increase during the year but, with favourable weather conditions and good grass growth, it was a successful year for dairying.”
Mr Carr said that the biggest challenge facing dairy farmers remains meeting environmental targets.  Since the abolition of quotas in 2015, the Irish Agri Food sector has seen phenomenal growth, particularly in dairying, he said.  “This has delivered a significant boost across rural Ireland from the spin-off of this expansion.  As farmers and members of the dairy industry we all enjoyed being part of this evolution. However, going forward, the sustainability of our industry needs to be protected.”