Arrabawn | Attention to detail and get the basics right’ – Arrabawn’s ‘Supplier of the Year’
16205
post-template-default,single,single-post,postid-16205,single-format-standard,ajax_fade,page_not_loaded,,qode-title-hidden,qode-theme-ver-17.2,qode-theme-bridge,disabled_footer_top,disabled_footer_bottom,wpb-js-composer js-comp-ver-5.6,vc_responsive,elementor-default,elementor-kit-16644 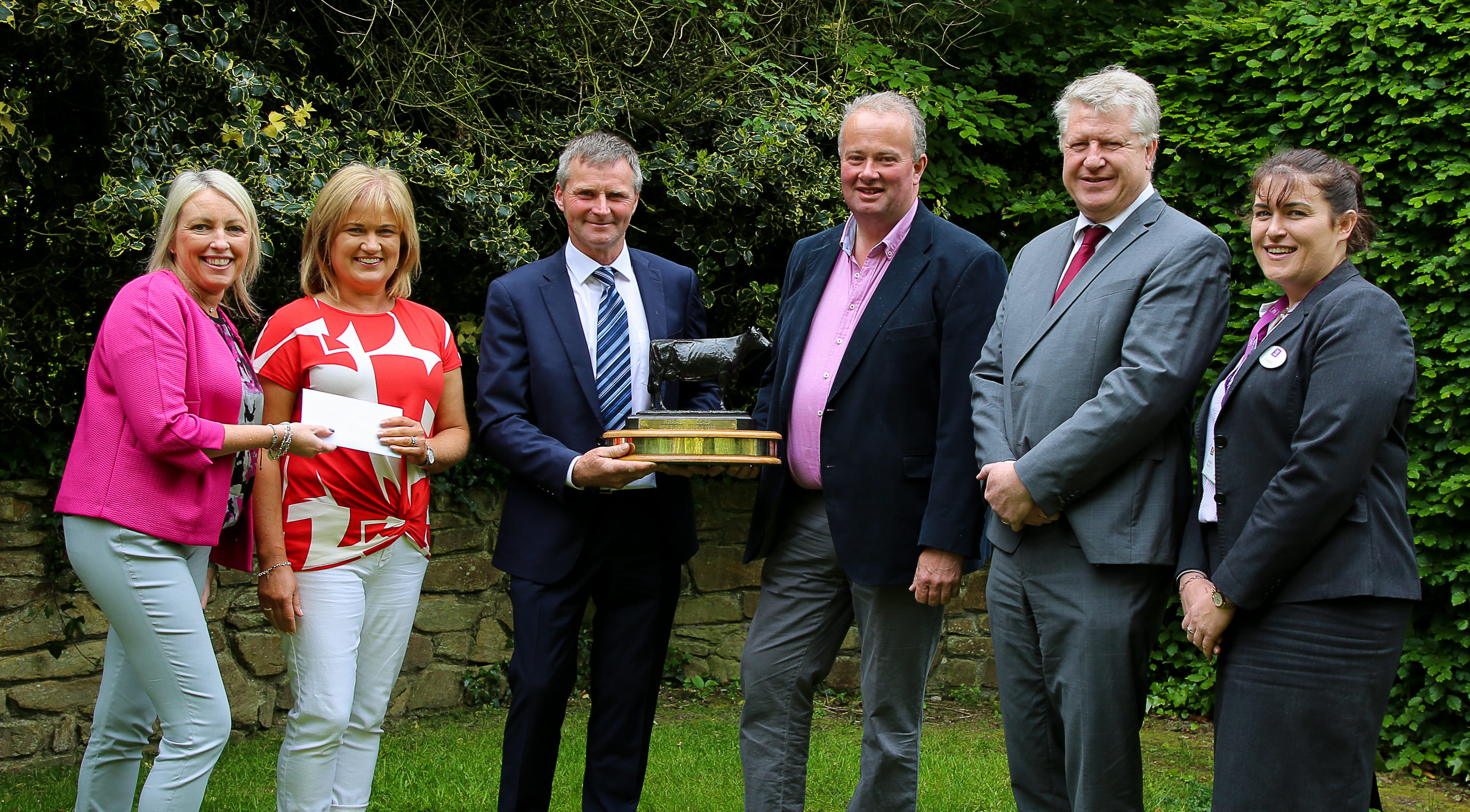 Posted at 20:04h in General News by Arrabawn
0 Likes
Share

Monday, 27 May 2019:   Arrabawn’s Supplier of the Year has a simple but effective approach to ensuring milk quality – “pay attention to the small details”.

Ailbe Ryan, a native of Newport, and his wife Denise, who were presented with their Supplier of the Year award at the co-op’s AGM at the Abbey Court Hotel, Nenagh, farms a 125cow herd at Crossayle, Cappawhite and says the secret to producing top quality milk is doing the simple things right.

“If you keep to the basic principles you can achieve top quality. Small things can lead to big problems,” he said after receiving the award.

The family farms 190 acres of land in total, and while the herd has grown from 70 to 125 Holstein pedigree cows – they also carry 45 maiden heifers and 45 heifers calves as well and sell 20 surplus in-calf heifers every year – Ailbe said he was careful not to expand too quickly.

“We sold development land in Newport and used that money to buy quality farming land in Cappawhite, in 2006. The land quality was excellent, so we started with a good base.

“It had been a beef farm, which we continued for a few years while we were building the dairy sheds. Bu beef at the time was not good, to say the least.

“I decided there was only one way forward if I wanted to stay farming and that was dairy. We started milking 70 heifers in spring in 2010. We moved slowly. We didn’t jump too deep at any stage.  Then we went to 90 the second year and by the end of the year we had surplus dairy heifers.

“Today we have 125 pedigree Holstein cows which are supplying over a million liters to Arrabawn Co-Op.”

Ailbe says when it comes to milk quality and wining the co-op’s Supplier of the Year is down to mastering the basics such as hygiene and the health of the herd are essential.

He said, “I always teat-dip the cows before and after we milk. Then they get wiped with a paper towel. I have never used water on cows.

“Every farmer should be milk recording because you don’t know what you’re doing if you’re not. If my results show I have a cow with a high cell count, I sample them straightaway and isolate the problem and put the fire out before it starts.

“It’s just attention to detail. Our average cell count for the year was around 100,000.  Our TBC typically 5,000. We’re just determined to produce a quality product.

“When the cows are dried some people would say ‘we have a breather now for two months’.  But I’d always clean the cubicles twice a day, morning and evening with a hand scraper and put cubicle lime on them all through the dry period.  And for the last four to five years none of my cows have had mastitis.”

Ailbe, believes there is huge change coming for the dairy industry.

“There has been huge change over the last 30 years and there’s going be bigger change coming. Probably we are looking at a carbon quota. How farming is going to fit into the environment in the next number of years would be my biggest concern.

“I have seen farmers that expanded their herds to 300 cows and they are struggling to cope. They definitely would have to look at what they are doing.

“Farming can be done sustainably. There’s no doubt about that. But dairy farmers they have to work on it.”

Ailbe also paid tribute to his family; not least his partner on the farm – his wife.   “Denise is full-time on the farm and keeps the house and the family going too. I don’t know how, but she does. It doesn’t happen without her.

“Our children have also been incredible. They took on responsibility when I had a full job outside the farm in the early stages and nowadays, when they have free time, they help out massively as well.”

With regard to his personal connection with dairying, he believes dairy farming is somewhat of a vocation.

“I feel if you’re not prepared to put the foot to the pedal for the month of February, March and most of April forget it. Dairying isn’t for you. I grew up on a dairy farm, it’s in my blood and I don’t do much on the tractor. I bring a lot of that in, whether its fertilizer, slurry spreading, etc. I spend time with the cow and spending time with the family is an imperative also.”

The Cappawhite dairy farmer is a strong advocate of the co-op model.  “Arrabawn is not the biggest but they are probably where I’d like a Co-op to be. I have seen the bigger ones get too big and the power goes out of the farmers’ hands.  Some people would say Ireland should have only two dairy co-ops but I’d feel the opposite. I’d rather have a good number of Co-ops.

“Arrabawn has proved in the last 10 years what can be done in the way it has scaled up and got off the ground. They’ve invested heavily and they’re getting the returns for us as suppliers at a critical time. It’s been an investment well managed as we now have an efficient and very productive operation that is getting better all the time.”