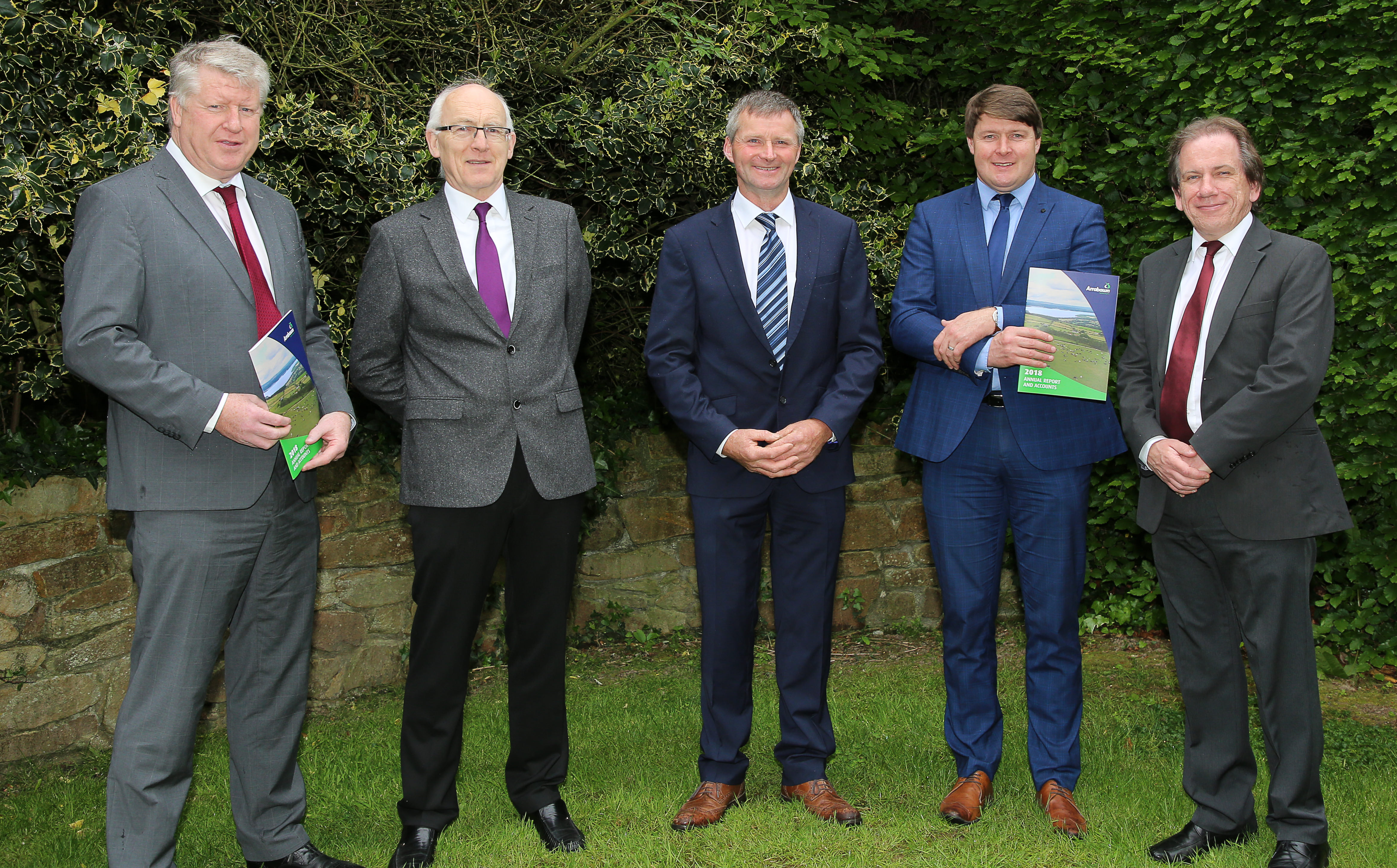 Thursday, Maty 23rd, 2017:   Arrabawn Chairman Edward Carr has paid tribute to all, from suppliers to employees, who helped the co-op through an extremely challenging year.

Speaking at his first annual general meeting as chairman of the co-op, the Milestone, Thurles dairy farmer said that every shoulder was to the wheel in what was a year with no shortage of extremes.

“2018 was a difficult year.  It was a year of extremes, particularly in a weather context. We had the snow of late spring, the drought in the summer and the very severe impact both of these had on fodder.  Yet there wasn’t a single milk collection missed,” he said at the AGM in the Abbey Court Hotel, Nenagh.

“Farmers themselves were impacted. Lorry drivers and staff were under pressure across the system but every one dug deep.  The co-op functioned as a co-op should across both the agri and processing divisions, ensuring farmers got maximum supports on the feed side and also price support for the last five months of the year.

“This was particularly important as butter prices dropped significantly and there was a strong back end in the supply of milk.  It was a strong test of the co-op but one passed with flying colours.”

CEO Conor Ryan told the AGM that milk supply continues to increase, with the co-op last year processing record volumes at 326mil litres – 38% more than it had in 2015. It expects, he says, to be up a further 10% this year.

“The increase in volume has been dramatic over recent years but we’ve invested and that is now paying dividend as we are able to cater for the addition supply coming in.  Last year was a challenge and this year is a stretch again for sure but our investment in processing capacity through a second casein powder facility at our Nenagh plant will make all the difference.

“This will be installed by October and will not alone allow us to deal with extra milk supply but will put more milk into the higher value-added dairy ingredients market,” he said.

Mr Ryan said that 2018 also saw an increase in new entrants, with 18 additional suppliers joining the co-op and a further 20 expected to come on stream this year.  Supplier numbers, he added, are likely to continue to grow for the next three to five years.

“Overall, we are in a strong place,” he said. “Volumes are up and capacity is up but from a supplier perspective, a real positive is the growth in milk solids.  Over the last three years, milk solids are up 41% but volume is up 38%.  It reflects very well on our suppliers that they are increasing solids more than volume.

“Dairying is not without its challenges and I am on record in relation to the environmental challenges, in particular, already.  I am encouraged by the willingness of farmers to focus on sustainability more and more.  From a co-op perspective, we are continuing to introduce new technologies to enhance sustainability.  This includes our new casein plant, with environmental initiatives there set to reduce emissions by up to 40%.”

The CEO also highlighted the completion of investment at the agri and milk divisions at Athenry and Kilconnell, Co. Galway respectively.  The new state-of-the-art Athenry agri-store was officially opened in April and has seen the previous two locations for operations in the town consolidated into one facility, he said.