Arrabawn | Arrabawn’s highest ever turn over and record milk supply but 2018 not without challenges
16211
post-template-default,single,single-post,postid-16211,single-format-standard,ajax_fade,page_not_loaded,,qode-title-hidden,qode-theme-ver-17.2,qode-theme-bridge,disabled_footer_top,disabled_footer_bottom,wpb-js-composer js-comp-ver-5.6,vc_responsive 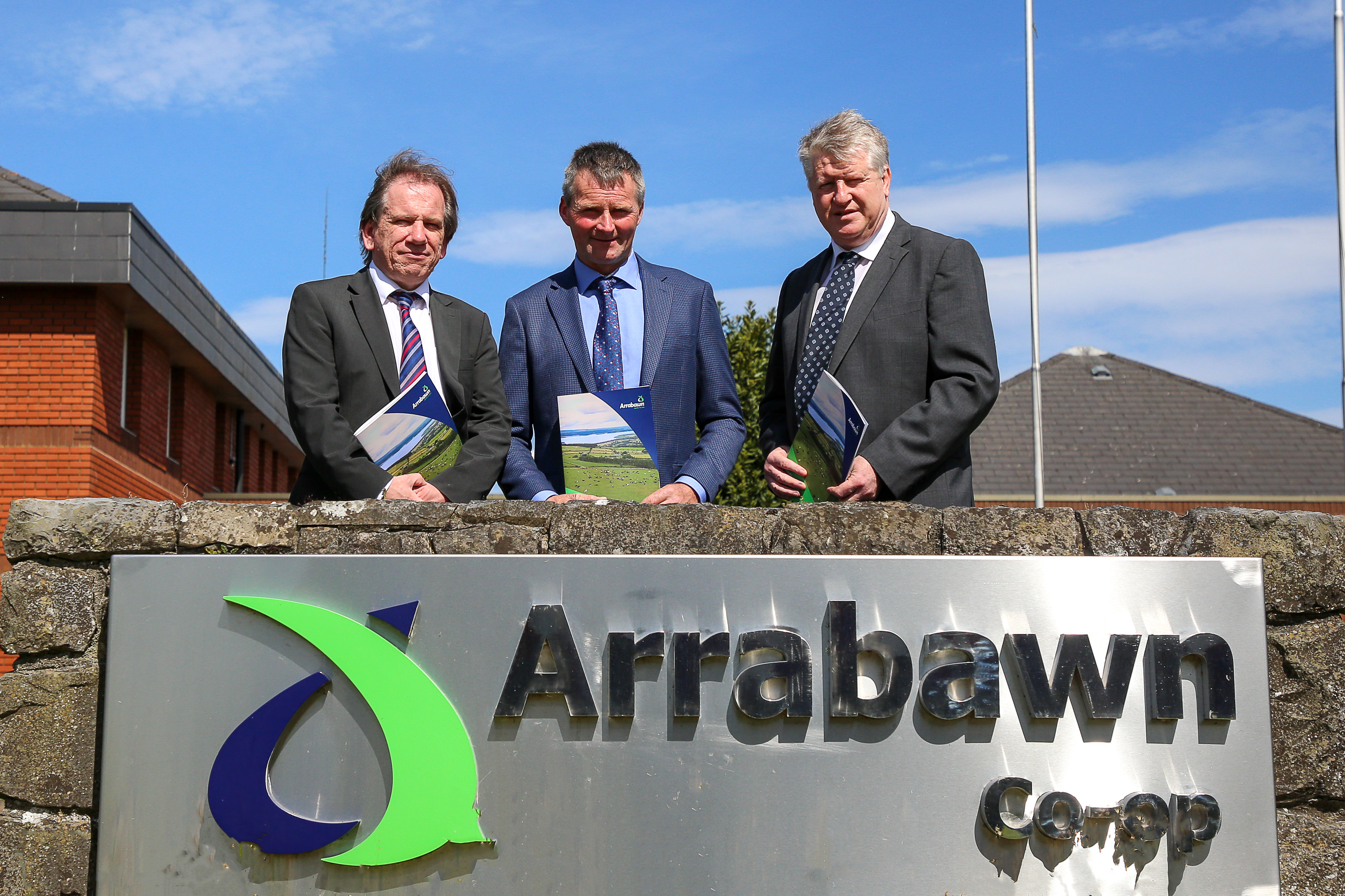 Friday 10 May 2019: Arrabawn Co-op achieved its highest ever turnover in 2018 thanks to a 5% increase in milk supply and a very strong year on feed sales from its agri-division, its CEO Conor Ryan stated in its annual report.

This was, its CEO said, due mainly to supporting suppliers’ milk price in the last four months of what was a challenging year due to snows of last March, drought in the summer and resultant fodder/feed shortage.

Milk price supports from the co-op enabled milk price to reach 35.66cents/litre but still back from the 37.45cents/litre in 2017. Shareholder funds, however, reached €51.4million, a 22% increase on five years ago. The CEO anticipated that milk supply will grow by a further 10% this year.

The liquid milk business continued to be competitive in 2018 and, thanks to a number of new product launches with key customers and the development of new business, Arrabawn continues to progress in the market place. Agri business also had an extremely strong year due to unprecedented feed demand.

“2018 was a year of many surprises, the weather in March, followed by the drought during the summer months and thankfully a kind back end to the year, which allowed milk supplies to catch up and gave reprieve to farmers on what was a challenging year,” he said.

Mr Ryan said that the key focus in the business today is capital investment and, to that end, last year Arrabawn invested not only to ensure it has capacity to process all suppliers’ future milk but also to maximise the return it achieves from the market for suppliers.

In 2018, it finalised whey processing capacity, completed Stage 1 of the effluent plant project and added increased milk intake and separation capacity. The next steps, he continued, are the building and commissioning of a new casein plant, finalisation of the effluent plant and upgrade of the entrance facilities on the site.

“It is our intention that this plant will meet best-in-class expectations for energy efficiency, reduction of carbon emissions and reduction of water usage on site,” the CEO added.

In 2018, Arrabawn also finalised two other key projects – a new logistics centre at its Kilconnell, Co. Galway site and the development of a new agri store in Athenry.

Arrabawn Chairman Edward Carr said that in spite of the weather difficulties last year, which he said was “saved by very good weather at the back end”, milk supplies still increased by 5.3%.

“Milk volumes have increased faster and stronger than anyone imagined,” he states in the report, addressing suppliers. “Since 2012, the volume purchased from you, our suppliers, has increased by 53%.  On top of that, the level of milk solids in the same period has increased by 60%.  This growth has come, in part, from increased cow numbers, some new entrants to dairying, which as a cooperative society we welcome and wish all well in their new venture.  But I think an often-overlooked reason is better stock from improved breeding and better management of this stock through grassland management, in particular.”

With regard to Milk Price, the Milestone, Thurles dairy farmer, who is in his first year as chairman, said that Arrabawn was very much dependent on a strong butter market, which helped compensate for the very low Skimmed Milk Powder (SMP) returns. “One of the drivers in our decision to increase casein output is that it typically gives a better return than SMP.  A key focus during last year and again for this year will be to develop markets for the planned increased casein output which will come on line in 2020.”